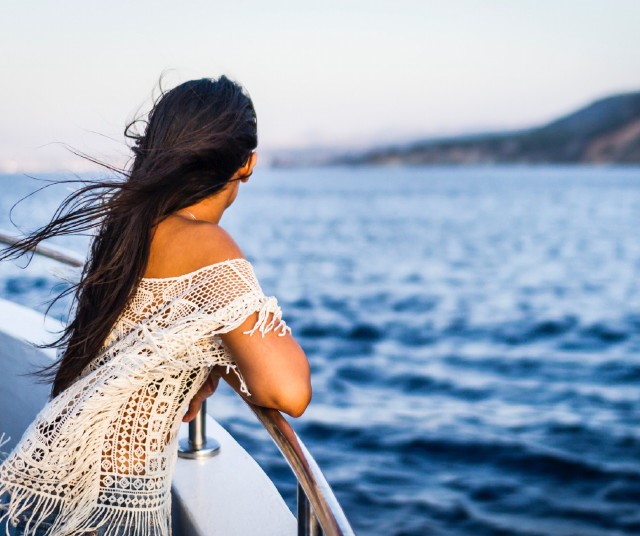 Set in the middle of the Pacific Ocean, and blessed by their temperate location right on the equator, the Galapagos Islands are beautiful all year round. So what’s the best time of year to visit these “enchanted islands”? Each month has its own pros and cons …it all depends on what you consider an ideal vacation.

Here we look at some of the factors that should keep in mind while deciding when you should visit the Galapagos Islands?

The peak seasons for Galapagos tourism tend to coincide with the general holiday and vacation months around the world. These run from the mid-December to January “Christmas vacation” and from the June to August “summer holidays” (for Europe and the USA). During these high-season periods, the availability of everything in the islands is stretched to the limit. Though the Galapagos National Park administration limits the number of tourists that can visit the islands at any given time, the high influx of travelers during peak season can make hotels and cruise docks especially cramped. 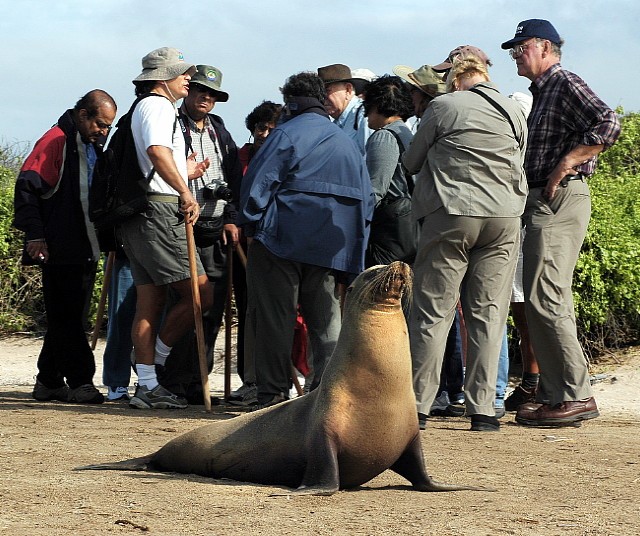 Likewise, Galapagos flights get particularly busy at these times, and, of course, the prices of cruises and accommodation are higher. During high seasons, it’s almost impossible to find a “last-minute deal,” and if by some miracle you do come across one, you’ll likely have to accept a boat that’s not your first choice. The low seasons in the Galapagos Islands are in springtime (May to June) and fall (September and October). During these periods, tourism in the Galapagos declines substantially and many cruises drop their prices to attract more passengers.

If you are planning your Galapagos getaway during the popular “vacation” months, we recommend that you book your trip at least six (6) months in advance of your desired travel date – or even sooner. Christmas cruises, for example, often book up more than a year in advance! 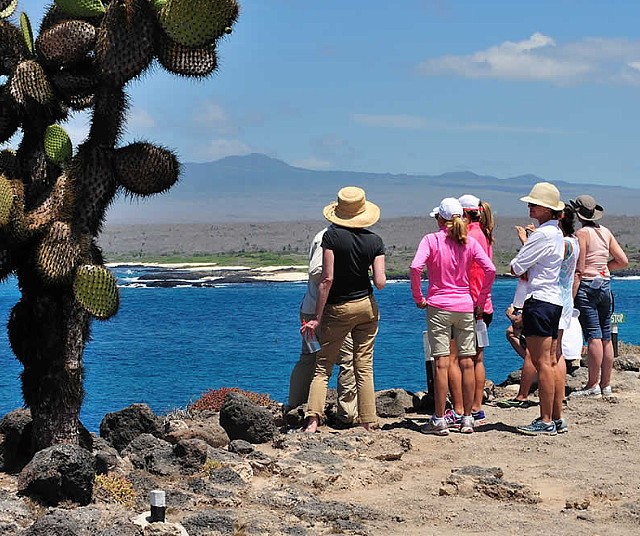 Alternatively, if you’re considering vacationing during the non-peak “shoulder” seasons, we advise you to keep a couple of factors in mind. The low tourist season is just that, so instead of enjoying the solitude of desolate beaches, you might just find yourself feeling a bit lonely and secluded. Hotel availability is usually not a problem during these times, though. Also, note that that the sea conditions are at their worst in late-August and September, which will increase your chances of getting seasick from the pitching and rolling of a cruise ship. In addition, because of those choppy waters, many cruise operators put their boats in dry dock for maintenance during this time. Therefore, you need to think twice before heading off to the islands in search of a “last-minute bargain” Galapagos cruise just because it’s low season.

Climate in the Galapagos Islands 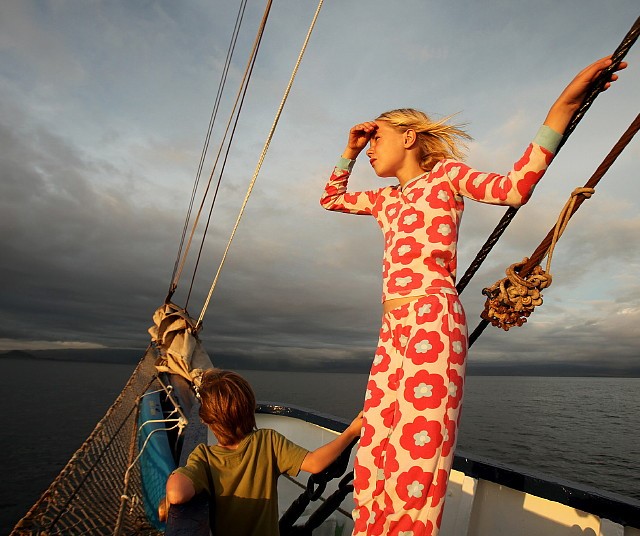 Generally, the climate in the Galapagos Islands is divided into two seasons: the warm/rainy season (from January to May or June), and the cool/dryer season (from June or July to December). During the warm-wet season, temperatures reach up to 86°F (30°C), with sunny days interrupted by short but heavy cloudbursts. The sea is warm, 68°F to 77°F (20°C to 25°C), and relatively calm. The warmer weather and calmer waters of the rainy season make this the best time to travel to the Galapagos if swimming and snorkeling are on your agenda. On the downside, though, there aren’t as many fish and seabirds to see as there are in the cooler parts of the year. The calm ocean waters of the January-June warm-wet season also reduce the chances of getting seasick on a cruise. But bear in mind that January to March is the doldrums on the equator, and there’s usually not enough wind for sailing yachts to truly set sail. In any case, all yachts can run by motor.

During the cool-dry June-through-November season, the Humboldt Current makes its way from the southern end of South America, bringing cold weather as well as nutrient- and plankton-rich waters that attract fish. It’s too chilly for casual snorkeling without a wet suit, but experienced divers claim that this is the best time for witnessing the wide variety of Galapagos underwater marine life … IF you’re willing to brave the cold water.

At around 72°F (22°C), the cool-dry season is more comfortable for trekking and exploring the volcanic origins of the Galapagos Islands, including its fascinating lava flows and other geological features. 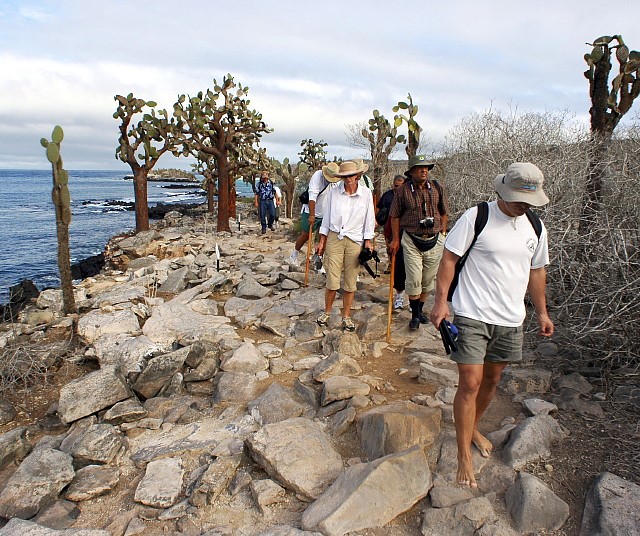 Though the days are often grey and overcast, there’s usually not any rainfall down on the coast. In the highlands, though, the “garúa” fog sustains a constant dampness, which occasionally drops down to the coast. 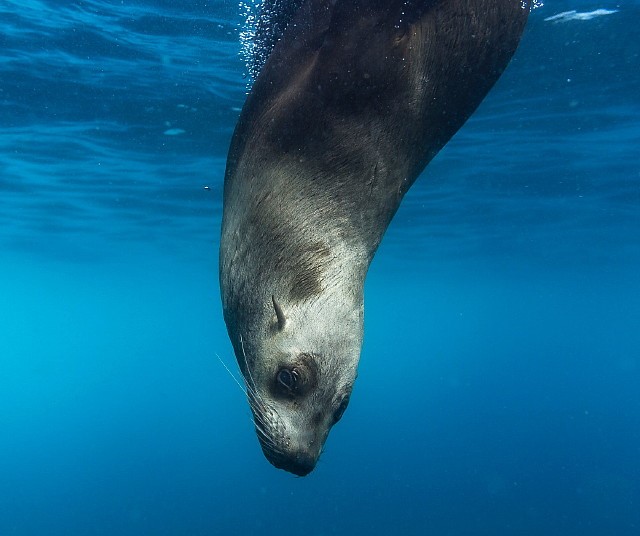 Wildlife is the main attraction for most visitors to the islands, and great wildlife viewing is guaranteed regardless of when you visit the archipelago. Almost all of the islands’ animal species spend the entire year in the Galapagos and do not migrate – including the tiny Galapagos penguin, the Giant Galapagos tortoise, the flightless cormorant, marine and land iguanas, the Red- and Blue-footed booby, the Galapagos hawk, the fur sea lion, and the California sea lion (one of the sole exceptions to this rule is the Waved albatross, which travel to the islands in the summer).

What do change during specific seasons are these animals’ behaviors (their mating, breeding, etc.). Therefore, you should take a look at a Galapagos wildlife activity calendar to get an idea of what you might see in each month. Similarly, there is some variation in the types of animals you’ll find on specific islands of the archipelago. If you are keen on seeing a particular animal or bird, talk with a Surtrek Galapagos travel coordinator to find the best cruise itinerary for this.