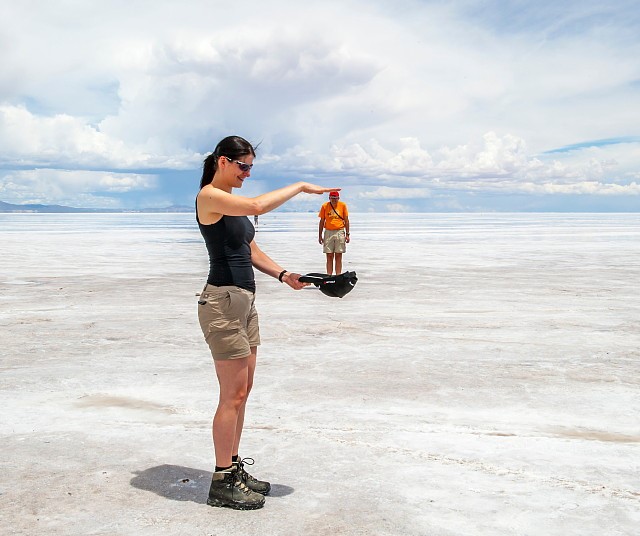 As we slowly return to normalcy, 2021 offers the possibility of again exploring the world around us. One of the sites worth discovering is the longest continental mountain range in the world: The Andean highlands, which stretch the length of South America’s western coast. Amazingly long (4,300 miles in length), and surprisingly thin (between 120 to 430 miles wide), the Andes is also the world’s highest mountain range outside of Asia …high enough to leave you breathless in more ways than one.

The Andes extend from north to south through seven South American countries: Venezuela, Colombia, Ecuador, Peru, Bolivia, Chile, and Argentina. Within this region are of several high plateau, some of which host major cities that are ideal destinations for a 2021 summer vacation.

Today, as the Colombian Tourist Board’s slogan boasts, “The only risk in visiting Colombia is wanting to stay.” While this expression acknowledges the country’s turbulent past, it also highlights the new feeling of hope and optimism that defines travel experiences here.

This new spirit is no more apparent than in the nation’s vibrant and passionate capital city of Bogota. Home to 10 million people, Bogota’s energy as the metropolitan heart of Colombia is in part fueled by its hundreds of eclectic dining hot-spots, fantastic wines, and increasingly frequent “foodie” festivals. Whether you visit its historic Candelaria district or go on an indulgent shopping adventure on the city’s North Side, Bogota is well worth a visit.

This is another Colombian city deserving of serious consideration and a good look. Though infamous 30 years back for dangerous gangs and drug activity, Medellin has been transformed: It’s now a vibrant destination for travelers seeking a culturally rich vacation.

The city’s pleasant climate has earned it the nickname of the “City of Eternal Spring,” putting pep in the step of locals and visitors alike. Meanwhile, the city’s skyline seems to grasp for the heavens, as the clean lines of modern high-rise apartment contrast sharply against a backdrop of jagged mountain peaks. This bounce is especially apparent on weekends, when Medellin lets its hair down. This is when the city’s throngs of discos attract some of the most beautiful people in all of Latin America.

With a historic district considered the most beautiful city in all of South America, Quito is the jewel in Ecuador’s crown. Ensconced in a long and narrow Andean valley, while skirted by the peaks of the area’s “Avenue of the Volcanos,” most travelers sense of a wave of sheer awe the moment they touch down in the Ecuadorian capital city.

Because of its remarkable colonial architecture, the city was designated the planet’s first UNESCO World Heritage City in 1978 (ahead of cities like Bruges Belgium and Venice, Italy). Strolling through its narrow, cobblestone streets is like taking a journey back in time. Only a 20-minute walk from the history “old town” is Quito’s modern “new town.” A completely different world, here you will come upon trendy cafés, international restaurants, travel agencies, cybercafés, bars, and small hotels. For travelers, its heart is the colorful Mariscal Sucre district, which definitely lives up to its nickname of gringolandia (“gringo land”), though locals also flock here in droves on the weekend.

[As an aside, keep in mind that Quito also serves as a convenient jumping-off point for traveling to the nearby Amazon rainforest as well as for taking a short flight to the country’s legendary Galapagos Islands.]

Still the uncontested Mecca of Latin America, Machu Picchu reigns supreme. In a spectacular location, it’s the best-known archaeological site on the continent. This fabled “lost city of the Incas,” is South America’s greatest attraction, one that draws ever-increasing numbers of visitors from across the globe.

The attraction of Machu Picchu (which in the Quechua language means “old mountain”) is apparent: this 550-year old citadel was constructed by the most advanced pre-Columbian society. There is still no agreed-upon explanation as to how the Incas could have moved 20-ton stones to the top of the fortress … a mystery that adds to this uniquely spiritual and beautiful site.

Rising to 7,973 feet above sea level, Machu Picchu is high; so high in the clouds that this awe-inspiring ancient city was never revealed to the conquering Spaniards. Machu Picchu is also large. The ruins are the size of a small village, and —combined with the adjoining jungle and wilderness park — its area covers more than 116 square miles. Though the Incas carefully concealed Machu Picchu, it is no longer the “Lost City.” These days, you can reach it by high-speed train or a more labored two- to four-day trek. But no matter how you get there, though, Machu Picchu will remain unequaled in its mystery and magic.

“Nuestra Señora de La Paz,” commonly known as La Paz, is the Bolivian capital city that’s dizzying in every respect. Located in western Bolivia at an altitude of 3,650 meters (almost two miles above sea level), its height alone is enough to induce a touch of vertigo. At the same time, its striking beauty — with the city’s buildings clinging to the sides of a canyon and spilling spectacularly downwards — is likely to leave you woozy. Overlooking all of this is the towering triple-peaked Illimani Mountain, always snow-covered and visible from many parts of the city on clear days.

Bolivia’s harsh mountain landscapes and thick Amazonian jungles impeded Spanish conquest and large-scale European immigration, which has meant that La Paz has suffered few changes. You can see this in the way indigenous peoples of the city have managed to retain many of their traditions, while villages around the capital have remained virtually untouched for centuries. The result is that many people consider La Paz the most quintessentially South American capital city. You can absorb all of this by wander at your leisure through the alleyway and lively markets, marvel at the city’s fascinating museums, chat with the locals while having lunch in a comedor, or relax over some freshly brewed coffee in a neighborhood café.

(In addition to this colorful capital city, the jaw-dropping Uyuni salt flat is just a few short hours away)

In sum, on a summer vacation to this region, you’ll find snowcapped Andes Mountains towering above you as they seem to glow in the moonlight. The Andes of Colombia, Ecuador, Bolivia or Peru are well suited for everything from active travel adventures to indulgent shopping and dining in its big cities. The Andes are also perfect for more relaxed activities like city exploring, hikes, and archeological digs. All of this earns this region definite consideration when planning your 2021 summer vacation.